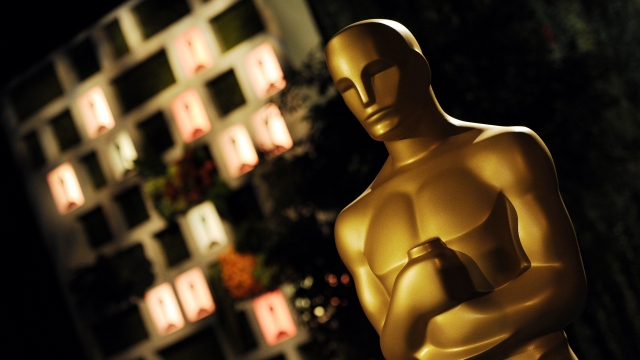 It's well-documented that the Academy Awards has a terrible track record when it comes to recognizing female directors. Only five women have ever been nominated -- accounting for just 1% of Best Director nominations since the first ceremony in 1929.

But this could be the year the Oscars shakes things up.

If the Oscars takes a cue from the Golden Globes and nominates all three, it'll be the first time in the award show's history that women outnumber men in the Best Director race.

But while this historic recognition is important, votes of confidence by the studios are just as necessary for female directors — if not more.

Tom Nunan, a producer and lecturer at the UCLA School of Theater, Film and Television, says this is definitely a result of Hollywood responding to years of criticism.

Nunan: "Too many movies are still directed by men — white men in particular — and that opportunities have to be shared. And typically when shared, the results are exceptional."

This is a big deal. Women have thrived in the independent film market for years, and they even directed half of the movies screened at the 2021 Sundance Film Festival.

Nunan: "Female filmmakers have a lot more say in that world because often they're putting together the project themselves. They're finding the financing, they're finding the script itself, sometimes they've written the script. … It's just a place where you can control your destiny much more easily."

There is no main reason women's success in the independent market hasn't translated into Oscar nominations.

But it is worth noting that the director's branch of the Academy — which is in charge of selecting the five nominees each year — is something of a boy's club. And the eligibility rules make it difficult for more women to join by requiring most branch members to have at least two directorial credits to their name.

The Annenberg Institute found that between 2007 and 2018, women directed just 4% of the top 1,200 films. But only just over 17% of those women had directed another film beyond their debut movie.

But Nunan does think we'll continue to see more and more women get hired to direct major studio movies.

"This Hollywood culture — believe it or not — broadly speaking, wants to do the right thing. … The best way for women to get more opportunities as filmmakers is to champion their own content. … That's the way they're going to prevail."