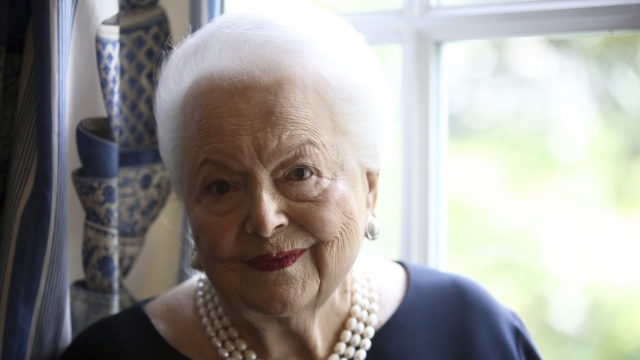 ​The two-time Academy Award winner died peacefully of natural causes Sunday at her home in Paris.

The two-time Academy Award winner died peacefully of natural causes Sunday at her home in Paris. De Havilland was the last surviving lead from "Gone With the Wind," in which she earned her first Oscar nomination for her performance as Melanie Hamilton.

Aside from her illustrious movie career, de Havilland is also known for having helped loosen the grip studios once had on actors.She successfully sued Warner Bros. in 1943 after the studio tried to extend her seven-year contract after suspending her for refusing roles. The ruling led to a California law still considered a pillar of the entertainment industry, unofficially referred to as the "De Havilland Law."

While in her mid-60s, de Havilland worked sporadically in television, and in 2009 she narrated a documentary about the benefits of art therapy for people with Alzheimer's disease.

De Havilland is survived by her daughter, son-in-law and niece.