Oscar Awards Sees Increase In Viewers After Will Smith Slap 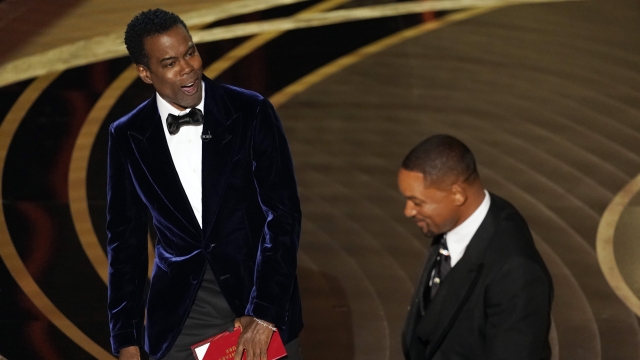 SMS
Oscar Awards Sees Increase In Viewers After Will Smith Slap
By Casey Mendoza
By Casey Mendoza
March 28, 2022
The Academy has pushed for more viewers all year, but they didn't plan to gain them with a controversy.

The Oscars — like all major award shows — have been losing viewers for years. Many have criticized the show for being too political or just too boring to tune into.

That was until last night. The ceremony garnered an average 15.3 million viewers — 5 million more than last year — with many showing up after hearing of actor Will Smith slapping presenter and comedian Chris Rock live on the Oscar stage.

The Academy has been working on garnering more viewers all year ... but not like that.

This year, ABC reportedly pressured the Academy to cut out eight categories from the live broadcast, including best makeup and hairstyling, original score and film editing.

That was met with major criticism from filmmakers like Steven Spielberg and organizations like the American Cinema Editors.

Despite those cuts, the show still went over three hours — longer than last year’s show, which did televise all 23 categories.

The Oscars also added in “Fan Favorite” awards, which were decided on Twitter and included to garner more mainstream audiences. But those awards didn’t necessarily go to the most popular films of the year — just the ones that got the most attention, serious or not, on Twitter.

The big winners there were Netflix’s “Army of the Dead” and Zack Snyder’s “Justice League.”