Orthodox Church Of Ukraine Gains Its Independence From Russia 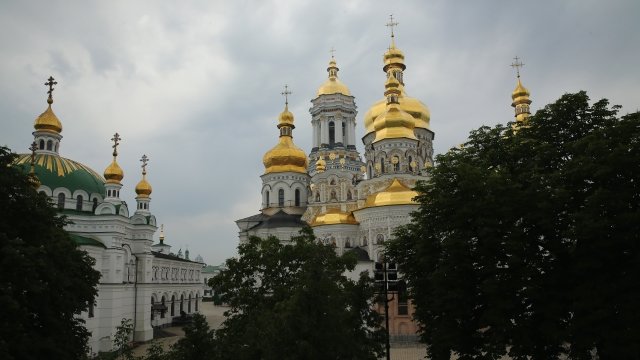 SMS
Orthodox Church Of Ukraine Gains Its Independence From Russia
By Alec Larson
By Alec Larson
January 5, 2019
The move was formalized with the signing of a decree by the Ecumenical Patriarch of Constantinople.
SHOW TRANSCRIPT

On Saturday, the Orthodox Church of Ukraine was granted independence, a move that splits the church from Russia after more than three centuries under its jurisdiction.

Originally announced in October, the split was formalized in Istanbul by the signing of a decree of independence by the Ecumenical Patriarch of Constantinople.

As a result, the Russian Orthodox Church stands to lose nearly a fifth of its nearly 150 million members.

In response, the Russian church has said that it will severe relations with Constantinople, leaving Orthodox churches in other countries to decide whether to stand with Moscow or Constantinople in this rift.

Tensions between Ukraine and Russia in recent years lend political importance to the split among the global Orthodox church. According to the Guardian, Kiev believes that Russia has backed churches in the Ukraine as a way of spreading propaganda and supporting anti-Ukrainian fighters.