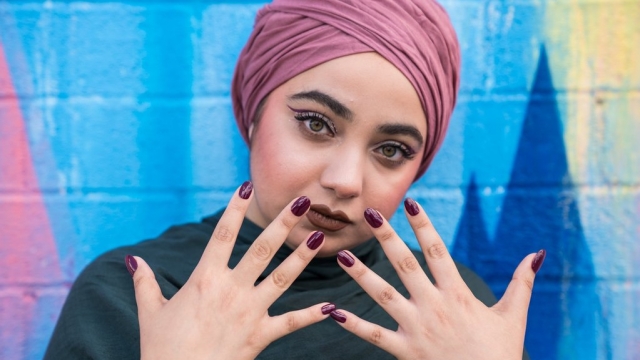 Halal beauty products are a part of a fast-growing industry.

There aren't a lot of nail polish options specifically for Muslims in the U.S.

But Orly's line of #HalalPaint, a collaboration with beauty blog Muslim Girl, is trying to make the beauty market more representative and inclusive.

Halal simply means that something is in accordance with Islamic law. It's often used to describe food. But halal cosmetics also must be manufactured using only permissible ingredients.

Some Muslims participate in a washing ritual before prayer in which water must touch every part of the body. Unlike traditional nail polishes, the polishes in this line are porous, allowing the water through.

The health benefits of breathable polish have been debated, but some say porous polish can promote good nail health.

There are other beauty lines that focus on halal makeup.

But the Orly-Muslim Girl collaboration is different because it's a mainstream beauty brand catering to Muslims.

The halal beauty industry is growing worldwide, and estimates show it will rake in more than $52 billion by 2025.