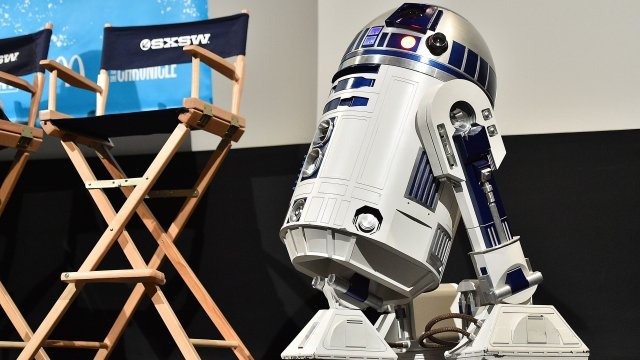 Yes, these are the droids you're looking for. Specifically, R2-D2, the iconic "Star Wars" character who so far has appeared in all of the franchise's major films.

An original set prop — made from metal and fiberglass during the filming of the original trilogy — was auctioned for a staggering $2.75 million.

The auction included other props from a galaxy far, far away, including Luke Skywalker's lightsaber from "Episode IV — A New Hope" and "Episode V — The Empire Strikes Back," and Darth Vader's helmet from the premiere film.