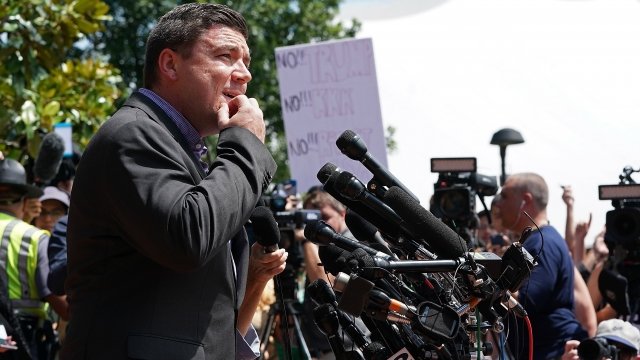 One of the organizers of last year's deadly "Unite the Right" rally in Charlottesville, Virginia, has withdrawn his request to hold an anniversary rally in August.

Jason Kessler was at a hearing Tuesday for his case against the city, challenging its denial of his permit application in December 2017. City officials say he didn't give a reason for withdrawing his request.

Technically, Kessler could still show up with a group at Market Street Park without a permit, as long as there aren't more than 50 people in the group.

Last year's rally in Charlottesville turned violent, leaving one person dead and dozens of others injured.

In June, Kessler got initial approval to hold a "white civil rights" rally planned for Aug. 12 in Washington, D.C., across from the White House. The details are still being worked out, though.