Organizer Of Last Year's Charlottesville Rally Approved For Another 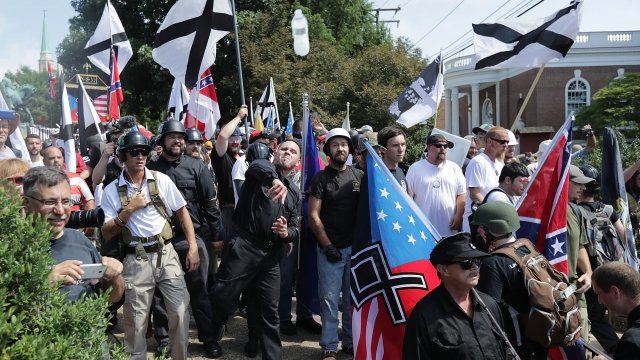 One of the organizers of last year's deadly "Unite the Right" rally in Charlottesville, Virginia, got initial approval to hold a rally across from the White House. It's planned for Aug. 12, the anniversary of last year's event.

A Park Service spokesman told The Washington Post that the agency is gathering details about the planned event. It'll use that information to create a permit.

Kessler also applied to hold the anniversary rally in Charlottesville on Aug. 12, but the city denied his request.