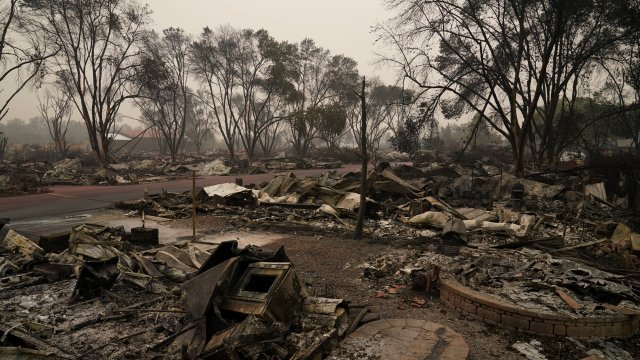 Almost 40 wildfires are burning across Oregon.

According to the state's Office of Emergency Management, an estimated 500,000 people have evacuated — that's more than 10 percent of Oregon's population.

"Our Oregon firefighters and the emergency management community have been fully engaged on these devastating fires, including the many first responders who have been personally affected by the evacuations, power outages and destruction. Their efforts, stamina and response are nothing short of heroic."

900,000 acres have burned in the fires, and hundreds of homes and other buildings have been destroyed.

Several deaths have also been reported.