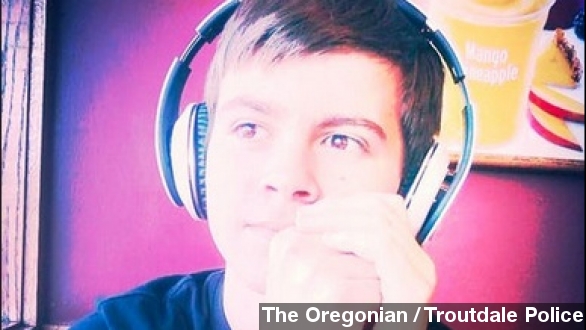 Police are making public new details in Tuesday's school shooting in Oregon, including the victim's name and info on the teacher who helped stop the attack.

14-year-old Emilio Hoffman was shot and killed by a shooter who's yet to be identified by police. Hoffman was a freshman at the targeted school, Reynolds High School in Troutdale, Oregon. (Via KGW-TV)

KOIN reports the shooter entered through the school's gym and fired shots in a men's locker room. Some outlets called the shooter a student and said he died of self-inflicted wounds, police haven't confirmed that or much else.

"Likewise, we will not comment on the specific weapon used at this time other than to say it was a rifle."

Police did reveal Tuesday evening that a gym teacher, Todd Rispler, was shot but was able to alert school officials and begin evacuating the school. The Oregonian says Rispler is well-known in the community and a former star athlete at Reynolds High.