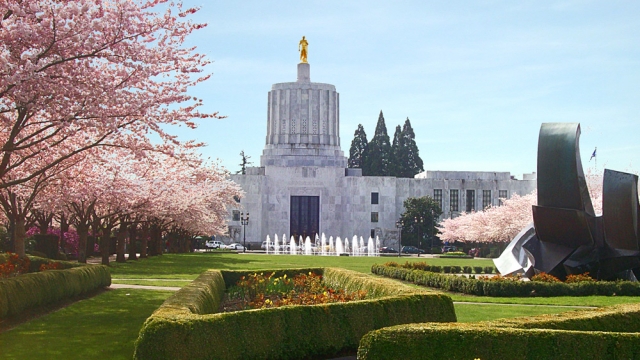 Oregon's Republican senators are still in hiding. Look at how empty the chamber was Tuesday. They're boycotting a climate change bill — but by doing so, they're also putting over 100 bills in jeopardy of being scrapped. As of Wednesday, there were only a few days left in the state's legislative session, and without the Republican senators, there aren't enough lawmakers to vote on the remaining measures.

Oregon's governor seemed to acknowledge the fact that the climate change bill is likely dead. Gov. Kate Brown said in a statement Tuesday that Senate Republicans have "blocked a bill that provides a better future for our state and for our children, and the tactics they employed to do so are not just unacceptable, but dangerous." She then called on the senators to prove her wrong.

Brown authorized state police to find the Republican lawmakers, but many of them left the state.

The state's Senate Republican leader said in a statement Monday that his caucus "intend[s] to remain out of the state. We are working for our constituents and all Oregonians against House Bill 2020, the devastating gas and emissions tax."