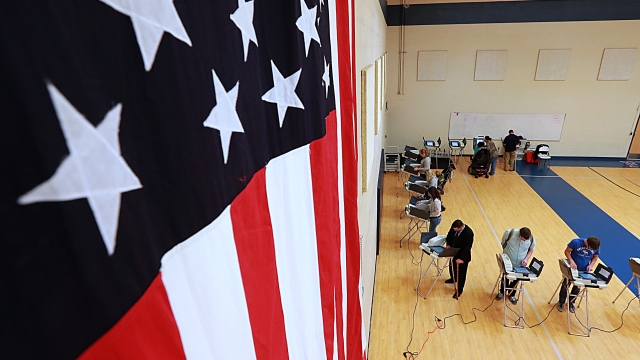 The compact changes the way states award electoral votes to ensure that the candidate who gets the most votes nationwide wins the presidency.

The United States is inching closer to having the next presidential election decided by popular vote.

On Tuesday, Oregon's Senate approved a bill to join 14 other states and Washington, D.C., in the National Popular Vote compact.

That agreement aims to change the way states award their electoral votes to ensure that the presidential candidate who gets the most votes nationwide ends up in the White House.

In the last election, President Trump won the Electoral College, even though he lost the national popular vote by almost 3 million votes.

Most states currently have "winner-take-all" laws, which give all of a state's electoral votes to the candidate who won the majority in that state. One criticism of this system is that there's little incentive to vote if you live in a state where the majority of residents vote differently than you.

Supporters of the National Popular Vote compact say it would encourage presidential candidates to campaign all across the country, not just in states that'd push them over the 270 electoral votes required to win.

The pact only goes into effect if the participating states total 270 electoral votes or more. The states would then link their electoral college votes to the winner of the national popular vote.

The bill is expected to pass through Oregon's House and be signed by Gov. Kate Brown. If that happens, it will bring the total to 196. The pact then needs 74 more electoral votes to bypass the current system.