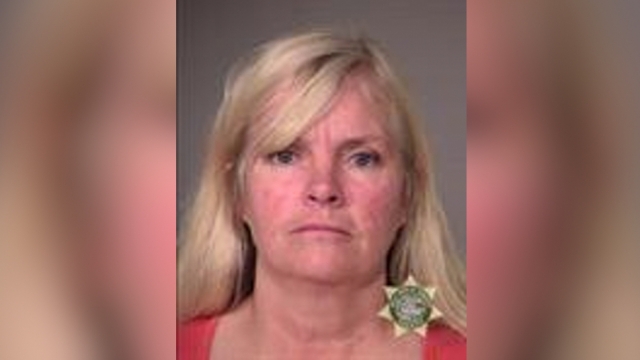 SMS
Oregon Militia Member Seeks $666 Billion In Damages
By Grant Suneson
By Grant Suneson
February 18, 2016
Shawna Cox, one of the militants arrested for taking over an Oregon wildlife refuge, is suing the U.S. government for $666 billion.
SHOW TRANSCRIPT

One of the militants who was arrested for the armed takeover of an Oregon wildlife refuge earlier this year is apparently still upset at the government, and now she wants it to pay. A lot.

Shawna Cox, who was arrested with Ammon Bundy and several others in late January, filed a suit against the U.S. government seeking damages “from the works of the devil in excess of $666,666,666,666.66."

She’s claiming she’s only being prosecuted by members of the Bar Association because they "do not want to be held accountable for their subversive activities against the people of the United States of America.”

While that payday would be nice, there are a few issues with her lawsuit — the first of which is that the payout she’s requesting may be hard to acquire.

You would need almost the entire net worth of the 13 richest people on earth to get to that figure of more than $666 billion.

And the lawsuit only gets stranger from there. Cox’s complaint says she intends to subpoena dozens of people, including judges, prosecutors, ranchers, law enforcement officers, Oregon’s governor and “various law professors.”

But her efforts will likely all come to nothing. The suit was a civil matter, but it was filed in criminal court, so the judge is declining to recognize the case.

This video includes images from Getty Images and clips from KSTU and KOIN.