Oregon May Drop Voting Age To 16 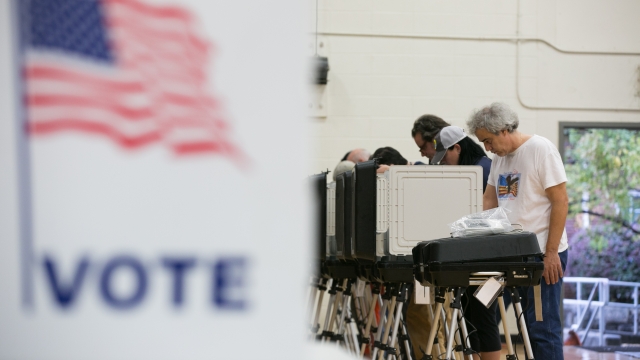 Oregon is considering lowering its voting age to 16.

One of the measure's sponsors announced the move at a press conference on Monday.

"It's time to lower the voting age in Oregon and give young people the chance to participate at the ballot about decisions that affect their homes, their clean air and clean water future, their schools, and, as we've seen, their very lives," Oregon State Sen. Shemia Fagan said.

The measure would be an amendment to the Oregon Constitution, and if it passes in the state's legislature, people would vote on the issue in the 2020 election.

Of course, other than a minimum age, there are other regulations hopeful voters have to meet before they cast a ballot: They must be registered more than 20 days before the election they plan to vote in, and they have to have lived in the state for at least six months before that election.

The 26th Amendment lowered the voting age in the U.S. from 21 to 18 in 1971. But it doesn't block states from further lowering the voting age.

A similar measure failed to pass in San Francisco back in 2016, but other cities — like some in Maryland — have lowered the voting age for local elections to 16. And 16-year-olds are allowed to vote in several other countries.