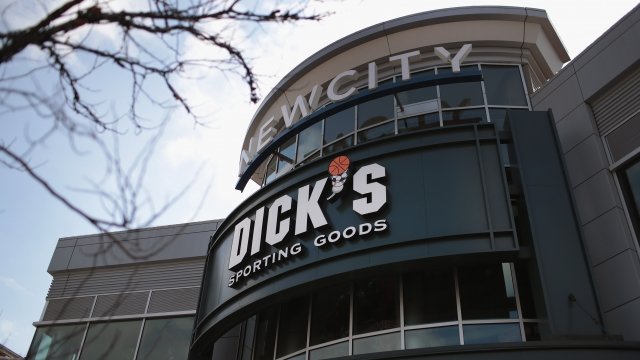 An Oregon man is suing both Walmart and Dick's Sporting Goods over changes the two companies made to their gun sale policies.

After the high school shooting in Parkland, Florida, last month, both Walmart and Dick's said they would no longer sell firearms to customers under the age of 21.

Tyler Watson, the plaintiff, tried to purchase a rifle from both retailers but was denied each time because he's 20 years old. In his lawsuits, which were filed in separate counties, Watson claims both Walmart and Dick's discriminated against him because of his age.

Watson is asking the judges to force both Walmart and Dick's "to stop unlawfully discriminating against 18, 19, and 20 year-old customers at all Oregon locations."

A Walmart spokesman said the company stands by its decision to raise the age requirement to buy a firearm and plans to defend that decision in court. Dick's has yet to comment on the lawsuit.