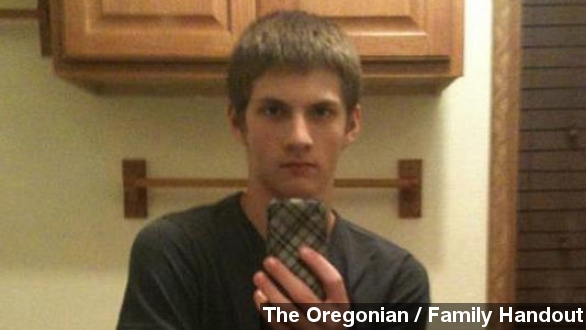 The father of the high school freshman suspected of shooting and killing a classmate and injuring a teacher before killing himself is speaking out.

KPTV reports Michael Padgett wrote a letter on his and his ex-wife's behalf, apologizing to the family of Emilio Hoffman, who died when police say Jared Padgett shot and killed in a locker room at Reynolds High School in Oregon Tuesday.

According to The Oregonian, KPTV was the first news outlet in Portland to get the hand-delivered written statement Friday, but by Saturday other outlets had gotten the same statement.

In the statement, Padgett also said he couldn't believe what his son was accused of doing — using phrases like "horrified and distraught" and "deeply confused and shocked." (Via KOIN)

Padgett also says his family has never condoned violence. A family friend of nearly 30 years told KGW-TV he and so many others saw no warning signs from Jared before the shooting.

Police say the suspected shooter got the guns used in Tuesday's shooting from his family's house.

Those guns were locked up, but a Oregon senator Ginny Burdick told KATU Michael Padgett should be held criminally responsible for the shooting since she claims he didn't properly lock up his guns.

"To have those in your house entails a lot of responsibility for keeping them from falling into the wrong hands. And in that case, the guns ended up at school."

KATU reports the senator wants state lawmakers to pass legislation that would hold gun owners criminally responsible if a child gets access to their firearms. As for this week's shooting, a public funeral service for Emilio Hoffman is scheduled for next Sunday.