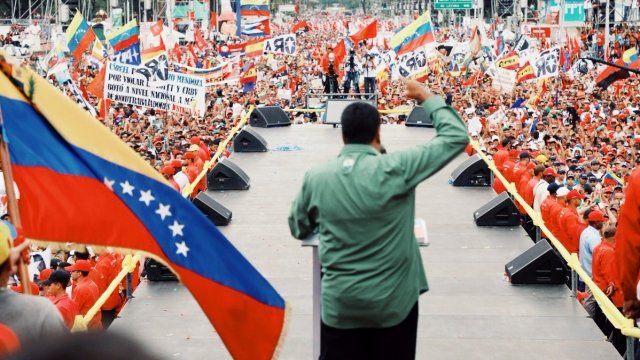 Venezuelans will cast ballots in a presidential election on Sunday. The vote is widely expected to be undemocratic and unfairly manipulated in favor of incumbent Nicolás Maduro.

Maduro has governed Venezuela since 2013. In that time, corruption, mismanagement and falling oil prices have rocked the economy. Food and medicine are scarce. Inflation is so bad that merchants have resorted to weighing cash rather than counting it.

Because of the vote rigging that's plagued recent Venezuelan elections, many opposition parties are are boycotting the vote. Some opposition candidates were banned from participating anyway.

But despite the boycott, two candidates are challenging Maduro.

Henri Falcón is the favored competitor, polling at similar levels as the current president. A former member of Maduro's socialist party, Falcón has branded himself as a reformer. He wants to switch the nation's currency from the bolívar to the dollar, end the country's price control on certain goods and invite foreign investment in Venezuela's oil industry.

The other challenger is Javier Bertucci, an evangelical pastor with no known political experience. The church he founded has been giving out food, and that's boosted his popularity and name recognition.