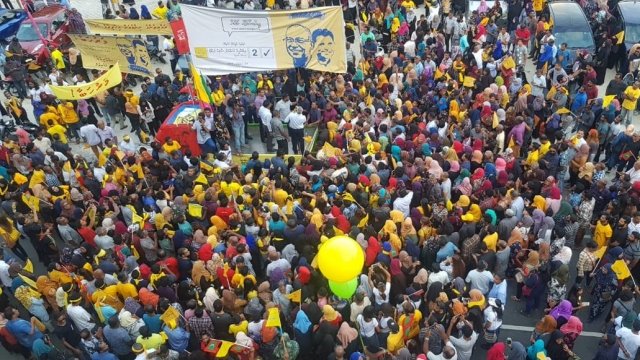 Outlets report Solih won by a "decisive" margin. Incumbent presidential candidate Abdulla Yameen conceded defeat in a speech on Monday. Solih's supporters danced in the streets after learning of his victory.

Maldives has been in a state of political unrest since February, when Yameen sent troops to raid the country's supreme court and jailed two of its justices for overturning the convictions of several opposition leaders.

Sunday's election was closely watched as it sparked massive protests across the island nation. The U.S. threatened to impose sanctions on officials in Maldives if the election wasn't fair.

But even though some were concerned Yameen wouldn't back down without a fight, their fears were soothed during his concession speech.

India and the U.S. congratulated Solih on his win.