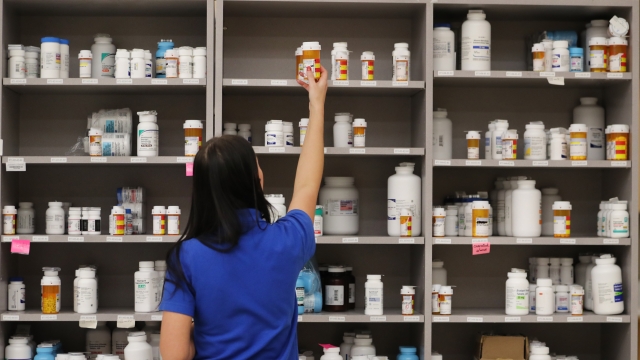 SMS
Opioid Manufacturer Agrees To $225M Settlement In Federal Probes
By Cristina Mutchler
By Cristina Mutchler
June 6, 2019
Insys Therapeutics, the maker of a powerful fentanyl product, has agreed to a deal with the federal government to halt civil and criminal probes.
SHOW TRANSCRIPT

A major opioid manufacturer is paying up to settle federal fraud charges.

Insys Therapeutics has agreed to a $225 million settlement to end criminal and civil investigations tied to claims that it paid doctors to prescribe its fentanyl painkiller to boost profits.

Prosecutors had accused Insys of illegally marketing its highly-addictive fentanyl product, Subsys, in that scheme. They argued that the conspiracy contributed to the national opioid epidemic.

Last month, a federal jury found some of the company's top executives guilty of racketeering conspiracy for those practices.

As part of the settlement, an Insys subsidiary will plead guilty to five counts of mail fraud in addition to paying a $2 million fine and $28 million forfeiture. Insys will also pay $195 million to settle allegations that it violated the False Claims Act.

Subsys had been approved by the FDA for certain adult cancer patients, but Insys was accused of paying doctors to entice them write medically-unnecessary prescriptions.

Other cases against pharmaceutical companies for their alleged part in the opioid crisis have been showing up in court, with more state and local entities suing drugmakers for knowingly marketing addictive painkillers with overdose risks.