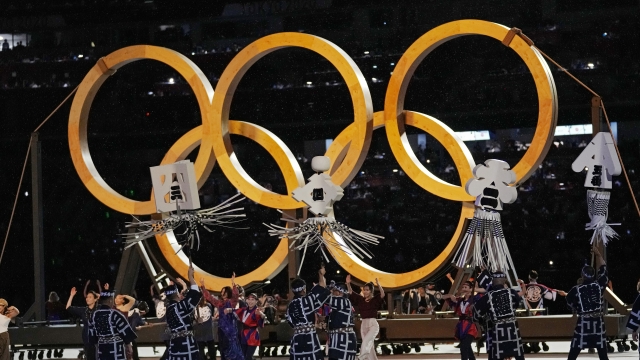 SMS
Opening Ceremony Kicks Off Delayed Olympic Games
By Simon Kaufman
By Simon Kaufman
July 23, 2021
Athletes from around the world are gathered today to finally kick off the Olympics.
SHOW TRANSCRIPT

Athletes from around the world are gathered today to finally kick off the Olympics. The games were supposed to take place a year ago, but didn't because of the pandemic.

Now, finally, a chance for the world to see just how far we've come.

First Lady Jill Biden will represent the U.S. Delegation. She met with Japan's emperor earlier today at the Imperial Palace. She also held a virtual get-together with members of Team U.S.A.

While many in the U.S. see the games as a sign of progress in the fight against the pandemic, many locals in Japan don't share that feeling. A group of protesters gathered in Tokyo today outside a government building. They say the games should be canceled because of COVID. Surveys show most people in Japan oppose the games going on as planned.

An editorial in a local newspaper in Japan says, "The festival of peace is now starting in an unimaginable disastrous state," noting "confusion, distrust and unease" as the games get underway.