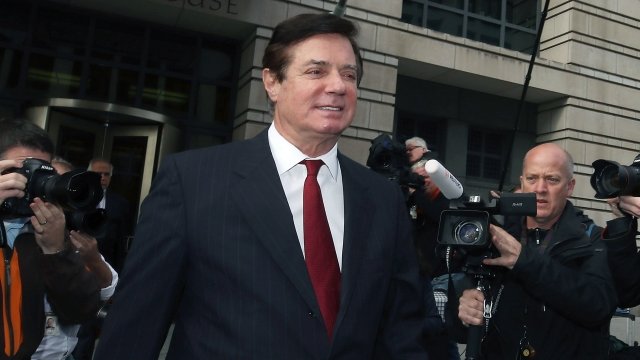 SMS
Opening Arguments Pushed Back In Manafort's Second Trial
By Katherine Biek
By Katherine Biek
August 29, 2018
The judge presiding over the case moved the date back Tuesday after his defense team asked for more time to prepare.
SHOW TRANSCRIPT

The judge presiding over the case moved the date back Tuesday after Manafort's defense team asked for more time to prepare. Jury selection, which will be closed to the public, will still start on Sept. 17.

In this trial, Manafort faces multiple charges, including money laundering, obstruction of justice and failing to register as a foreign agent. He's pleaded not guilty.

This delay came one day after The Wall Street Journal said the president's former campaign chairman tried to negotiate a plea deal for this second trial. But those talks reportedly stalled after special counsel Robert Mueller raised several undisclosed issues.

Last week, a jury in Manafort's first trial found him guilty of eight counts of bank and tax fraud. Jurors were deadlocked on another 10 charges.