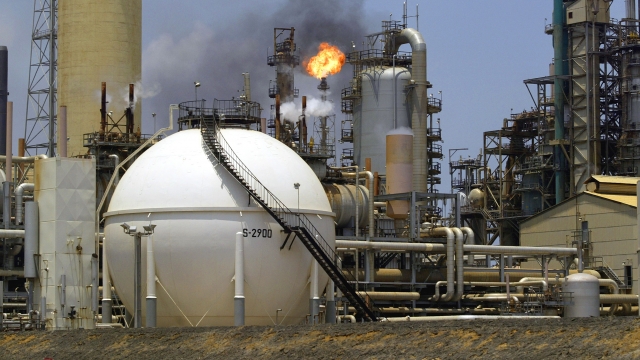 The Organization of the Petroleum Exporting Countries, or OPEC, and a Russian-led group of 10 non-OPEC countries have signed a long-term cooperation deal aimed at preventing crude oil inventory buildup and maintaining higher oil prices.

The so-called OPEC+ coalition also agreed to roll over a previous deal to curb oil production by cutting a combined 1.2 million barrels a day for nine months. The group said it agreed to the rollover "in view of the underlying large uncertainties and its potential implications on the global oil market."

When OPEC originally agreed to the deal last year, The New York Times reported that the 1.2 million barrels a day cut was about 1 percent of the global oil supply. And that's having an impact on oil prices. The Wall Street Journal reported that prices have gone up as much as 22 percent since the deal started.

The U.S. was opposed to the long-term cooperation deal, but Saudi Arabia and the United Arab Emirates lobbied for it. One Saudi adviser told The Wall Street Journal the group was worried the deal wouldn't be signed if it was delayed.