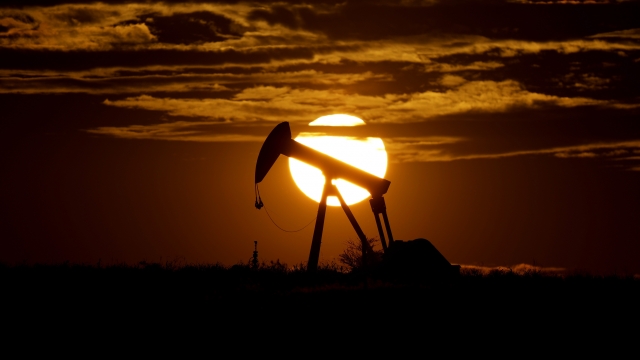 The OPEC oil cartel and allied countries including major exporter Russia are weighing how much oil to produce as U.S. gasoline prices hit another record high.

Thursday's meeting comes amid speculation that the 23-member alliance, known as OPEC+, may consider breaking from its cautious series of increases and agree to pump more oil starting in July amid fears that high energy prices could slow the global economy. Higher oil and gas prices have contributed to the inflation that is plaguing the U.S. and Europe and sapping consumer purchasing power.

The group has been adding a steady 432,000 barrels per day each month, under a road map to gradually restore production cuts made during the depths of the pandemic recession in 2020.

OPEC, whose de facto leader is Saudi Arabia, has resisted pleas from the White House to supply more oil to make up for production lost due to sanctions against Russia. That, along with a European Union agreement to end most oil imports from Russia over its invasion of Ukraine, has helped push prices higher. Gasoline and diesel prices have also been propped up by a lack of refining capacity to turn crude into motor fuel.

The U.S. saw a record high average gasoline pump price on Thursday of $4.71 per gallon, according to AAA. The price of crude makes up about half the price of gasoline at the pump in the U.S., and prices could go even higher as the summer driving season gets under way.

High gas prices for drivers are a potential factor in U.S. politics with mid-term Congressional elections approaching later this year.

The OPEC+ decision is further complicated by the group's failure to meet its production targets due to underinvestment and other roadblocks in some member countries. Only Saudi Arabia and the United Arab Emirates are thought to have space capacity to produce more oil. But stepping up their production would upset the balance between them and other countries that can't produce and earn more.

Oil prices fell after the Financial Times reported Saudi Arabia could be willing to increase output if Russian supplies falter due to EU sanctions.