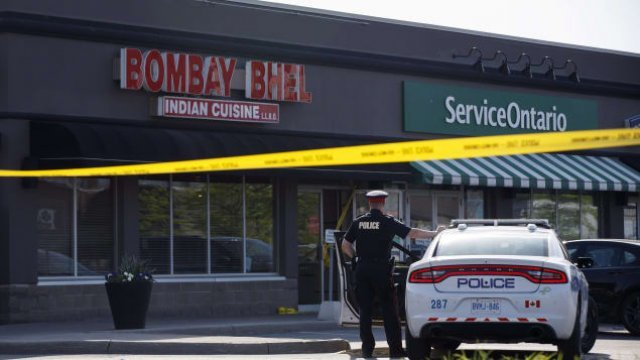 SMS
Police Looking For Suspects Tied To Ontario Restaurant Explosion
By Austin Kim
By Austin Kim
May 25, 2018
Police are looking for two suspects after an explosive device went off at a restaurant in Ontario, Canada, on Thursday.
SHOW TRANSCRIPT

At least 15 people were injured after an explosive device went off inside an Indian restaurant. Several of the victims were taken to the hospital. Local police say they were released Friday afternoon.

The local police chief said Friday morning that authorities do not believe it was a terrorist attack or a hate crime.

The chief added there were children inside the restaurant but it is unclear if the suspects targeted anyone.