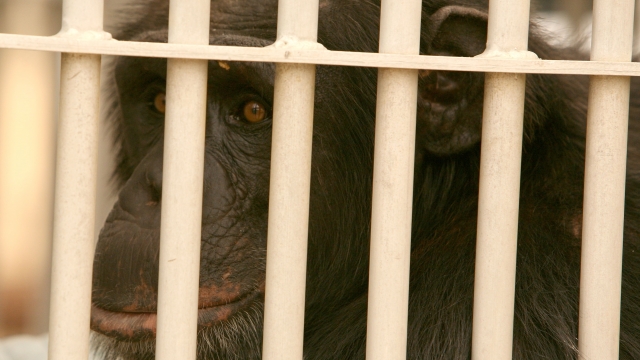 SMS
Only 72 Of Nearly 600 Lab Chimpanzees Have Been Moved To Sanctuaries
By Tyler Adkisson
By Tyler Adkisson
June 15, 2017
The National Institutes of Health said it would stop lab-testing chimpanzees, so sanctuaries are scrambling to get new homes ready for the animals.
SHOW TRANSCRIPT

In 2015, the U.S. Fish and Wildlife Service classified chimpanzees as endangered and severely limited biomedical studies on the animals.

The National Institutes of Health said it would retire all its approximately 300 chimpanzees. But since then, only 51 government-owned chimps have been sent to sanctuaries.

And experts thought private labs and pharmaceutical companies would follow suit by retiring their own chimps, but only 22 of about 340 of those animals have been moved. So what's the holdup?

Sanctuaries are trying their best to accommodate the animals. Project Chimps pledged to take in 220 lab chimpanzees within five years. But due to construction, the group has only taken in 22 of the 60 it planned to host by now. 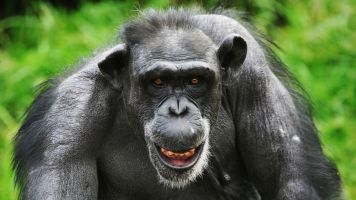 US Government Promises To Retire All Research Chimpanzees

Transporting chimps isn't easy, either. Only four to 10 chimps can be moved at once because they can get aggressive.

Securing funding is also difficult. Sanctuaries use a mix of public donations and grants to pay for expenses. That can get pricey. Each chimp in a sanctuary can cost up to $20,000 to house annually.

But some labs — like the Michale E. Keeling Center for Comparative Medicine and Research in Texas — want chimps to enter "retirement in place." They say they'd rather keep them where they are because the stress can be fatal for older chimps. Of 13 moved from their lab to a sanctuary, four died within the first three months.