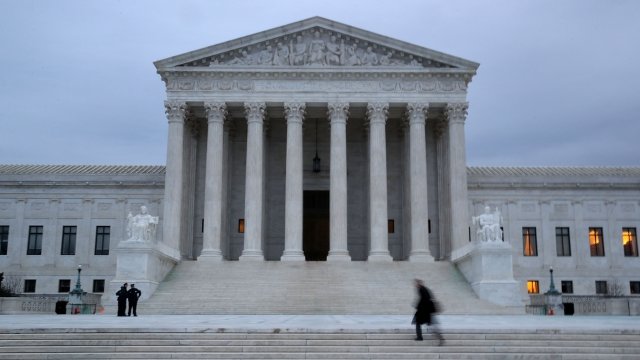 Online retailers could soon have to start collecting billions of dollars of sales tax.

That's because of South Dakota v. Wayfair — a lawsuit that will be argued in front of the Supreme Court on Tuesday. It challenges a decades-old ruling that exempts online retailers from collecting state sales tax if they don't have a physical presence in the state.

States and brick-and-mortar retailers argue the rule doesn't make sense "in today's world of e-commerce." But online retailers say it'll cost them a lot of money to figure out sales tax for every city and county with its own tax rate.

Websites like Overstock, Wayfair and Etsy don't have to collect sales tax in states where they don't have a "physical presence," like a warehouse or an office. Amazon is a little different, though, and it charges sales tax on items sold from its own inventory, but not items sold by third parties.

If the Supreme Court rules against the online retailers, state and local governments could reportedly start collecting billions of tax dollars a year.