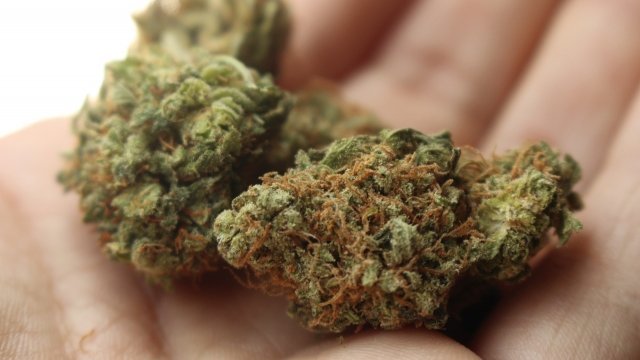 Some cannabidiols sold online were found to be inaccurately labeled, according to a study.

The demand for cannabis-based medical products is growing — specifically cannabidiol, or CBD. But discrepancies in federal and state laws have led to consumer confusion and a lack of regulation and oversight. Some health professionals say that's a public health concern.

Researchers recently found most online products that contain CBD don't actually have the amount indicated. Almost half had more CBD than labeled, while about a quarter had less.

The medical community is split on how safe CBD is. Studies have shown positive results in controlled doses, and there are no known fatal overdoses linked to CBD. But it can also cause side effects, like dry mouth and low blood pressure, and some products have even been found to aggravate illnesses.

Cannabidiol could lower seizure rates in children with the sometimes deadly Dravet syndrome.

Lack of regulation has also led to "fake" CBD products. In states where patients can't legally get medical marijuana, companies advertise CBD items that can ship anywhere in the U.S. But that's because those products are actually made from hemp, which doesn't have a high enough concentration of CBD for even a small therapeutic effect.

But regardless of product, the Food and Drug Administration continues to warn against using medical marijuana and says any untested drug could have "unpredictable and unintended consequences."