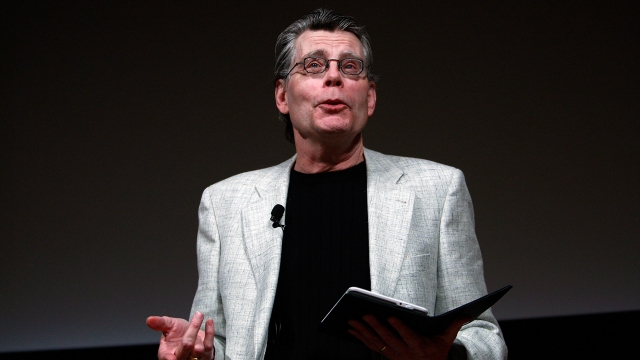 You'd think a man who's been dubbed the Master of Horror wouldn't be spooked by many things. But author Stephen King revealed one thing he is scared of: Republican presidential candidate Ted Cruz.

In an interview with The Daily Beast, King said, "[Ted Cruz is] very scary. I actually think Trump, in the end, would be more electable than Cruz because Cruz is a fundamentalist Christian and it would almost be like electing the analog of an Imam ..."

Yeah, whoa. But still, King said Trump left him "speechless" and "at this point, he's said 40 different things that would have gotten him laughed out of the race if he wasn't so outrageous."

The novelist hasn't shied away from political dialogue in the past, or from criticizing candidates.

According to The Washington Post, only about 5 percent of King's tweets have been political, but they seem to be finding some support.

Politicians in his home state of Maine have even tried to convince him to run for governor. But King has said he has "no political aspirations."

This video includes clips from ABC and CBS / "The Late Show with Stephen Colbert," and images from Getty Images.