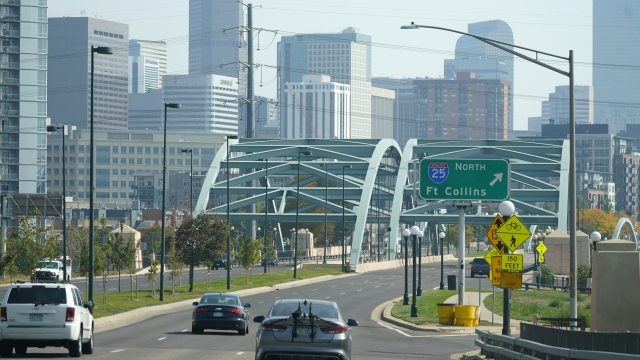 SMS
One Person Dead, Suspect Arrested After Denver Protest
By Bailey Vogt
By Bailey Vogt
October 11, 2020
A private security guard hired by a TV station to protect its journalists allegedly shot a "Patriot Rally" participant in response to being maced.
SHOW TRANSCRIPT

One person attending what was billed as a "Patriot Rally" in Denver is dead and a suspect is in custody as dueling demonstrations turned violent Saturday.

Denver Police say the suspect was a private security guard hired by a local television station and had "no affiliation with Antifa."

Local station KUSA-TV  said they had hired the security guard to protect news crews, adding: "it has been the practice of 9NEWS for a number of months to contract private security to accompany staff at protests."

The Denver Post reported the shooting victim at the Patriot Rally sprayed the security guard with mace. The guard then shot the victim with a handgun and was apprehended by police on the scene.

The event came after a left-wing group calling itself “BLM-Antifa Soup Drive” and the right-wing Patriot Rally participants chanted and yelled at each other outside the Denver Art Museum.