One Of U.S.'s Most Wanted Terrorists Nabbed In Philippines 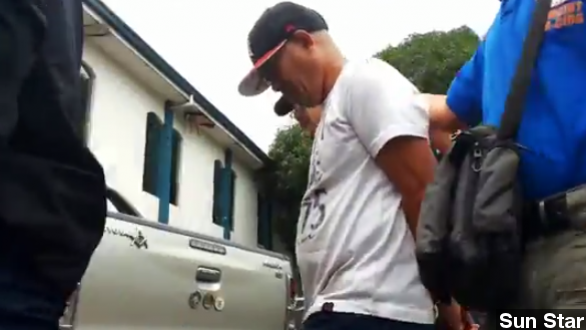 SMS
One Of U.S.'s Most Wanted Terrorists Nabbed In Philippines

After a seven year manhunt, officials have nabbed one of the U.S’s most wanted terrorists.

And according to a State Department cable released by Wikileaks, he may have also had ties to Jemmah Islamiyah — an Indonesian-based terrorist group.

In 2004 he confessed to transferring funds from Al-Qaeda to Abu Sayyaf to finance bombings in the country. Three years later, he broke out of prison and had been on the run ever since. (Via Rewards For Justice)

​The U.S. State Department had offered a half million dollar reward for any information leading to his arrest. (Via National Counterterrorism Center)

​Mundos’ capture is seen as a major blow to the Philippines-based terrorist group — he was not only the group's leader but also an expert bomb maker.

Despite only having a few hundred members, Abu Sayyaf is responsible for a wave of kidnappings, beheadings and suicide bombings in the country. It's one of several Muslim rebel groups operating in the Philippines and funded with ransom payments and seed money from Al-Qaeda. (Via Journeyman Pictures, France 24)

It was also behind what’s considered the worst militant attack in the Philippines' recent history. This 2004 ferry bombing killed more than 100 people. (Via BBC)

The U.S. military has several hundred troops in the country to train Filipino soldiers to deal with Abu Sayyaf. (Via USA Today)

The group is also thought to be holding several foreign hostages, including two European bird-watchers taken two years ago.