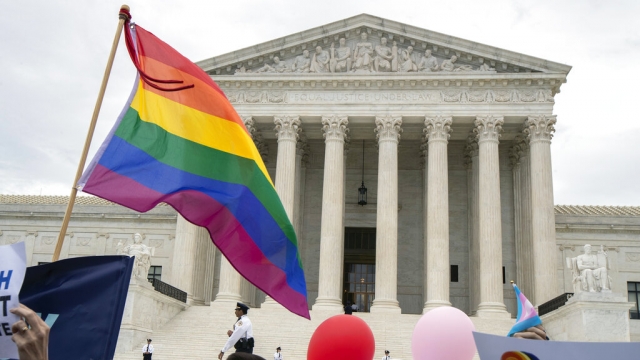 One day after the election, the Supreme Court will once again tackle the age-old debate between the first amendment and discrimination.

In 2018, the City of Philadelphia rescinded part of its contract with Catholic Social Services due to the group’s refusal to certify same-sex couples as foster parents, claiming it violated their religious beliefs.

At the center of the case, clients of CSS, foster parents who say they picked CSS above the city’s 29 other agencies partly because of their shared religious beliefs.

“These foster parents, led by Sharon L. Fulton, and others, sued the city and said, this is religious discrimination,” said Nick Reaves, Counselor at the Becket Fund for Religious Liberty.

The American Civil Liberties Union represents Philadelphia Family Pride and says the ruling could impact more than the LGBTQ community.

“It's going to make it that much harder for people to access the services people depend on, they could be turned away because they're LGBT because they're Catholic, because they're Mormon or anything else that the organization has a religious objection to,” said Leslie Cooper the Deputy Project Director of the ACLU LGBT and HIV Project.

"These are both, you know, values that are enshrined in our Constitution, the idea of free religion, the idea of anti-discrimination. And so it's a really hard question. And we've seen the justices really struggle with it. A lot of times, they'll find a really specific reason to send the case back to the lower court,” explained Kimberly Robinson, Supreme Court Reporter for Bloomberg Law.

One question the court may answer with this case goes back to a 1990 ruling, Employment Division v. Smith.  Here, the majority opinion, written by the late Antonin Scalia, determined that when it comes to free exercise of religion, a state’s law was constitutional as long it was “neutral” and “generally applicable.”

Meaning a law is good to go if it applies to everyone and isn’t targeting a specific religion. Some legal groups say the court got it wrong and want to see it overturned.

“There's really, you know, big battle going on between the justices and their opinions about whether or not they should overturn cases that they think were wrongly decided,” explained Robinson.

All eyes will be on the court’s newest justice, Amy Coney Barrett.Here’s what she said during her confirmation hearing about recent court cases involving “religious freedom.”

“The court has been very clear that religious institutions can’t be discriminated against or excluded from public programs simply because they are religious,” said Barrett in response to a question the Blaine Amendment.

During her time in the 7th circuit court of appeals, Barrett and the panel ruled in favor of a religious institute, in Grussgott v. Milwaukee Jewish Day School, finding the religious school had the right to fire an employee, exempt from anti-discrimination laws because the teacher was deemed to be a minister.

Now, when it comes to the case at hand both sides tell me one of the biggest impacts of this case will be many of the 400,000 children in foster care.Amber Strong, Newsy, Northern Virginia.