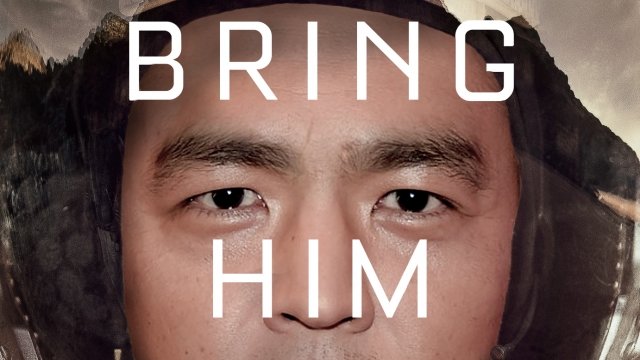 SMS
One Man's Mission To Have John Cho Star As A Leading Man
By Cat Sandoval
By Cat Sandoval
August 23, 2018
Two years after the #StarringJohnCho campaign went viral, John Cho is playing a leading man in the movie "Searching."
SHOW TRANSCRIPT

Two years ago #StarringJohnCho went viral. It was an attempt to raise awareness of the lack of Asian American leading men in movies — and that actor John Cho can play any part. William Yu is a digital strategist who attempted to physically slap stickers of John Cho on movie posters in New York City, but that campaign was impractical. So, he started using Photoshop instead and created a social media movement.

Yu said, "Starring John Cho was born out of a moment of frustration and a need and a desire to prove a lot of these people wrong. And say, 'Hey, not only can an Asian American play a leading role, but there's this guy who's really great, already qualified, waiting in the wings ready to go.' We just need you to recognize that."

A recent UCLA report found minorities as a whole are still largely underrepresented on the big screen. In 2016, people of color made about 14% of film leads. When Emma Stone played an Asian woman in "Aloha" and Jim Sturgess portrayed a character based on an Asian man in "21", Hollywood's whitewashing became too much for Yu. On the #starringjohncho website, Yu called Cho, "Hollywood's best hope for an Asian-American leading man." After all, Cho did play memorable roles, like Harold Lee from the "Harold and Kumar" trilogy. All three films totaled $91 million in the box office. 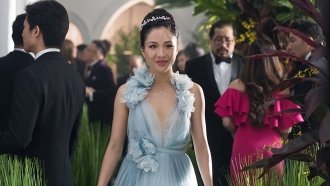 Cho was not affiliated with #StarringJohnCho, so when it went viral, Yu got a chance to meet Cho online and in person. Cho said, "I think he was a little confused as to what exactly it was. But I think once he caught on… I think he understood that this was a part of a larger discussion. It's a credit to him for not slamming the door in my face and saying, 'Please stop this thing and stop using my face.' But I'm really fortunate that he didn't have a negative reaction to it."

After #starringjohncho gained momentum, Cho played other roles on television and a lead role in a movie called "Columbus," a story about a Korean-born man. Two years after #starringjohncho, John Cho is again a leading man in "Searching." But this time, it's without the confines of a character with an Asian identity. "The movie isn't about them being Asian American, it's about a father who's looking for his daughter, and is willing to do anything to find her," Yu said.

Some have coined this month "Asian August," with Asians playing lead roles in films like "Crazy Rich Asians," "To All the Boys I've Loved Before" and now, "Searching." But Yu wants it to be more than just a month. He is attempting to normalize Asian leads, using AI technology to superimpose Asian American actors in lead roles played by white actors. He calls his new hashtag #SeeAsAmStar, short for see Asian American star.

Yu said, "That's what we're shooting for, for conversations like this [that] doesn't quite seem as jarring or surprising to people. And the idea of an Asian American lead is something that's commonplace. … You can still have stories that are rooted in human truth that feature Asian American faces, and they'll still work and they'll still play across audiences around the world."