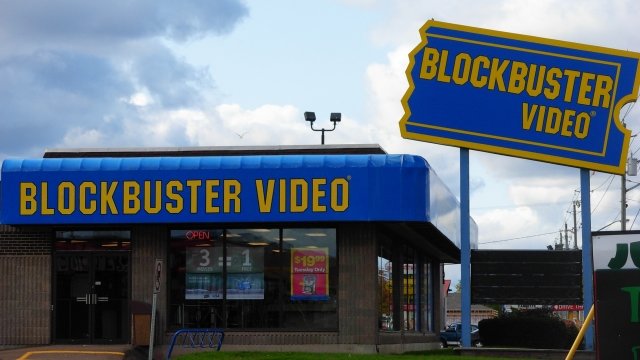 There is one Blockbuster store left in the U.S., and that's in Bend, Oregon. The once-giant video and game rental house amassed more than 9,000 stores in the U.S. at its peak in 2004, with retail outlets internationally. But at its decline, even John Oliver tried to save a Blockbuster in Alaska by stocking it with memorabilia.

Streaming services like Netflix and video rental vending machines like Redbox proved to be tough competition for Blockbuster. The company filed for bankruptcy 2010 and closed all corporate-owned stores in 2013.

Blockbuster had multiple opportunities to purchase Netflix in 2000 for $50 million but declined. Netflix's former chief financial officer said Blockbuster nearly laughed them out of the office and called them a "niche business."

The store in Oregon is privately owned and licenses the Blockbuster brand. It's alone in the U.S., but not in the world. If you're feeling nostalgic, there are still Blockbuster stores overseas.