One Gene Could Change How We View The Obesity Epidemic 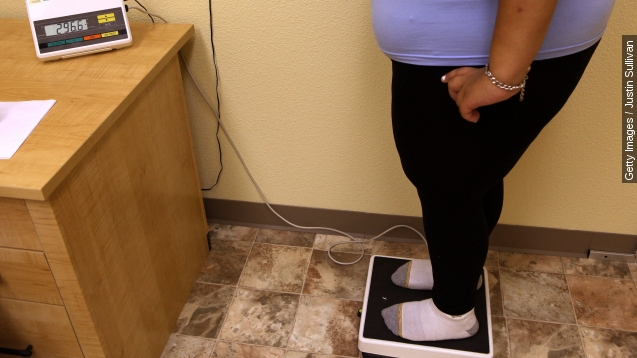 SMS
One Gene Could Change How We View The Obesity Epidemic
By Ryan Biek
By Ryan Biek
August 11, 2015
New research points to a gene in mice that, when silenced, can cut harmful fat levels in half.
SHOW TRANSCRIPT

An important link between genetics and obesity has just been discovered. Researchers from the University of British Columbia say by silencing a gene that codes for a certain protein, they cut fat deposits in mice by half without changing the amount they ate.

And not just any fat — white fat, specifically the kind associated with obesity, heart disease and diabetes.

One of the researchers said, "People gain fat in two ways — through the multiplication of their fat cells, and through the expansion of individual fat cells." The protein influences both the number and size of these cells.

It's important to note the mice studied were bred to have the silenced gene, so the research is not necessarily a solution to obesity but a way to decrease risk. It's a key piece of the puzzle, but researchers still aren't sure how fat cells are created.

Besides other genes associated with obesity, the National Center for Biotechnology Information cites 40 epigenetic factors known to tailor specific risks to the disease. Think of these factors as extra information that doesn't change the text of DNA but affects how it's read.

The breakthrough by University of British Columbia researchers is a huge step forward, though. The Centers for Disease Control and Prevention estimates the medical costs related to obesity in America is $147 billion each year. (Video via University of California Television)