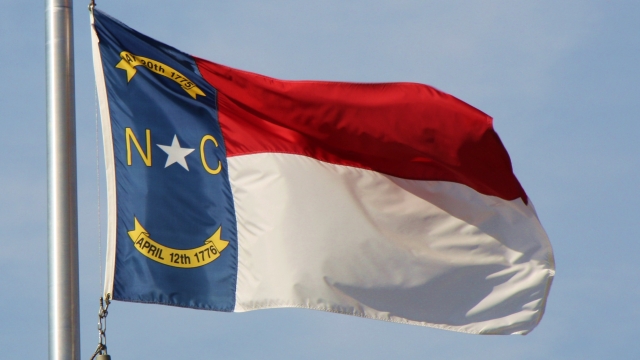 SMS
One Expert Says North Carolina Should No Longer Be Called A Democracy
By Katherine Biek
By Katherine Biek
December 23, 2016
He cites its controversial bathroom bill and restrictions on the incoming governor as reasons why.
SHOW TRANSCRIPT

North Carolina is part of the U.S. — but one political science expert says it should no longer be considered a democracy.

Professor Andrew Reynolds is a researcher for the Electoral Integrity Project.

Each year, the EIP looks at global elections and measures their fairness. This year, it also studied elections in each U.S. state, looking at things like voter registration, electoral laws and post-election response.

North Carolina was one of the lower ranked states, earning only 58 out of 100 for electoral integrity.

In an op-ed written for The News & Observer, Reynolds said that score puts the Tar Heel State in line with pseudo-democratic countries like Cuba, Sierra Leone and Indonesia.

"If it were a nation state, North Carolina would rank right in the middle of the global league table — a deeply flawed, partly free democracy that is only slightly ahead of the failed democracies that constitute much of the developing world," Reynolds wrote.

North Carolina's voter ID law may be one reason for the low score. An appeals court struck down that law in July for being too discriminatory, especially toward racial minorities.

Another reason? After the election, outgoing Republican Gov. Pat McCrory signed a bill heavily restricting the powers of his successor, Democrat Roy Cooper.

But Reynolds also says the issue extends beyond the elections, writing that North Carolina's controversial bathroom law isn't something a democratic government should do.

That law requires people who are transgender to use public restrooms corresponding to the gender listed on their birth certificate.

"The first step to recovery is self-awareness," Reynolds wrote. "We need to put aside the complacent hyperbole and accept that in North Carolina we no longer live in a functioning democracy worth its name."

North Carolina wasn't the worst state according to EIP ranks, though. Eleven other states scored worse, including Wisconsin, Michigan and Ohio. Arizona scored the lowest, with a score of 53 out of 100.