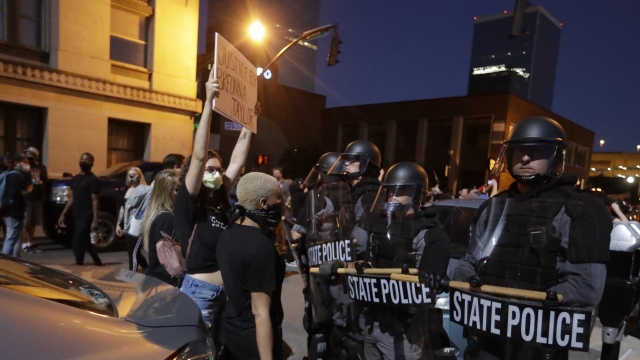 A man was shot and killed by law enforcement Monday in Louisville, Kentucky after authorities say they "returned fire" into a large crowd of demonstrators.

Louisville Metro Police Chief Steve Conrad said officers and the National Guard were clearing a parking lot just after midnight when they were fired at. Authorities returned fire and one man was found dead at the scene. Louisville was under a curfew at the time. The Louisville Courier Journal reported the victim was David McAtee, the owner of a barbecue business next to the parking lot where the shooting occurred.

"Last night's event started as a very peaceful protest but one where those out there were seeking justice. Then I believe that some other folks very late, more than three hours in, came in and ultimately instigated and caused some actions that turned it into something that it should not have been."

After it was discovered that the body cameras of those involved in the fatal shooting were not active, police Chief Steve Conrad was fired by Louisville mayor Greg Fischer.

Louisville has seen four straight days of protest as people grieve the death of Breonna Taylor, a black woman who was killed in her home in March during a "no-knock" warrant served by Louisville police. They believed her former boyfriend had hidden drugs there.