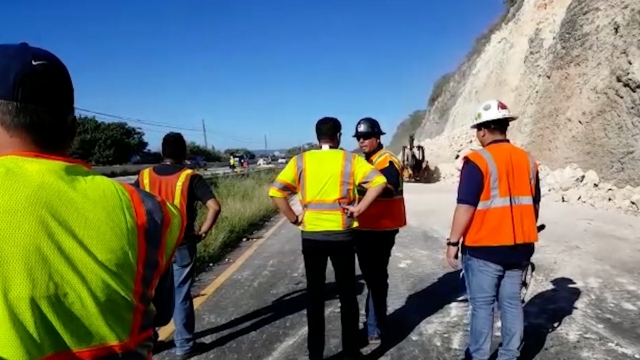 Tuesday's quake struck the island's southern coast around 4:30 a.m. local time and was followed by multiple tremors. It damaged structures and caused a mass power outage across the island. Schools were closed, and Gov. Wanda Vázquez suspended all work in the public sector.

U.S. Sen. Rick Scott of Florida said he's been in contact with Vázquez, President Donald Trump and FEMA. He says FEMA has 2,300 staff in Puerto Rico prepared to help with recovery efforts.

The U.S. Geological Survey says hundreds of small earthquakes have occurred in the same region over the past several weeks. Dozens have been felt on land in Puerto Rico but have not caused any significant damage.