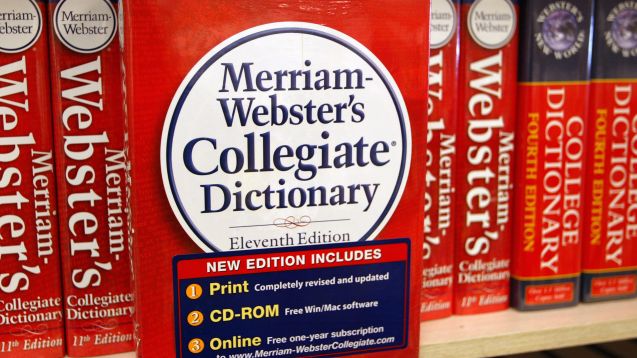 Merriam-Webster added more than 1,700 words to its dictionary, but many of them probably should've already been included.

.Merriam-Webster added over 1,700 "safe-for-work" entries to its unabridged dictionary.Many are widely used Internet slang terms, like WTF, clickbait and meme.

Others refer to the very literal things you might see in a public space, like jeggings or photobombing.

But some of the newly added words seem like they should’ve been in the dictionary already — like colossal squid. It's "an extremely large squid" that also happens to be the largest known living invertebrate in terms of mass. And it was discovered in the 1920s. (Video via BBC)

Have you ever wondered why certain languages have grammatical gender? Newsy's Lauren Magarino spoke with an expert to find out.

It's the principle that Internet service providers must treat all data on the Web the same, no matter what. (Video via Youtube / AaronTitus)

It seems less like Merriam-Webster is adding useful terms to our lives and more like the dictionary brand is just playing cultural catchup. (Video via Merriam-Webster Dictionary)

Or maybe the brand is just hoping to stir up some hype for the new edition. If that’s the case, it’s working.Even with the long list of "OMG" additions, the dictionary still missed a handful of opportunities. Like bitcoin, as one commenter on Merriam's site pointed out. But maybe Merriam-Webster is just saving those for next year.