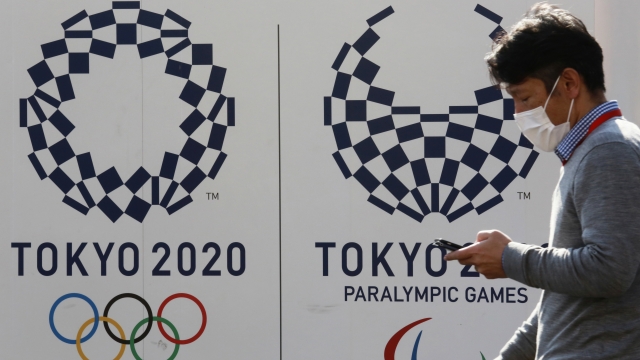 SMS
Olympics Still On Despite COVID Surge In Japan
By Newsy Staff
By Newsy Staff
July 15, 2021
​Over 11,000 athletes will compete in Tokyo. Roughly 85% of them are vaccinated and they will be tested daily.
SHOW TRANSCRIPT

Tokyo is struggling to keep COVID at bay with the Olympics just one week away.

Cases there are at a six-month high. Tokyo reported a second day of over 1,000 new infections.

Delegations of athletes are still rolling in.

The head of the International Olympic Committee Thomas Bach: "You have managed to make Tokyo the best ever prepared city for the Olympic games."

We're just eight days away from the start of the games and the stadiums will be empty, no fans allowed. The plan to have up to 10,000 spectators was scrapped last week.

Over 11,000 athletes will compete in Tokyo. Roughly 85% of them are vaccinated and they will be tested daily. Olympic officials say they're confident they can pull this off.

Christophe Dubi, the Olympic Games Executive Director said, "We have on our side designed and implemented very precise rules for every participant and they work."

We don't know how things will go or if the protocols are enough but we do know the athletes are ready to compete, fans or no fans.

That includes Simone Biles – the most decorated gymnast in U.S. history. She brought home five medals in her last Olympics – four of which were gold.