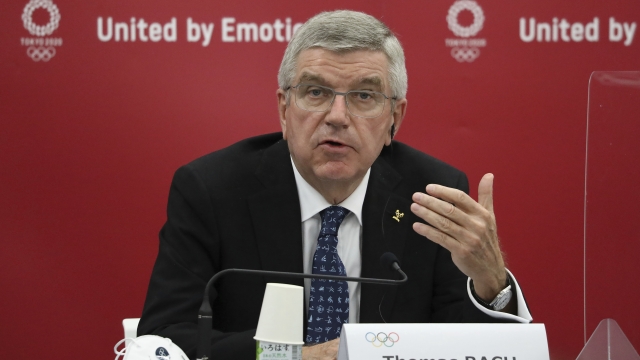 SMS
Olympics Officials Fire Back Against Cancellation Rumors
By Newsy Staff
By Newsy Staff
January 22, 2021
The local Olympics organizing committee says the games will go on despite rumors of the event being canceled.
SHOW TRANSCRIPT

Olympics officials say the show will go on in Tokyo this summer even though there are reports the postponed 2020 games are headed toward cancellation.

The Times of London quoted a senior government member who said the games will not be able to go as scheduled.

But the local Olympics organizing committee says that's not true and that Japan's prime minister is also on board with the July 23 start date.

"Tokyo 2020 will be a very different games, simpler, but with a focus on the athletes and their competitions. Sadly, ceremonies and cultural aspects of the games will be reduced," said CEO of the Australian Olympic Committee Matt Carroll.

Just so you can grasp how large the Olympics really are even without spectators — thousands of people attend the event. About 11,000 athletes take part in the games and then there are tens of thousands of coaches, judges, officials and media members.