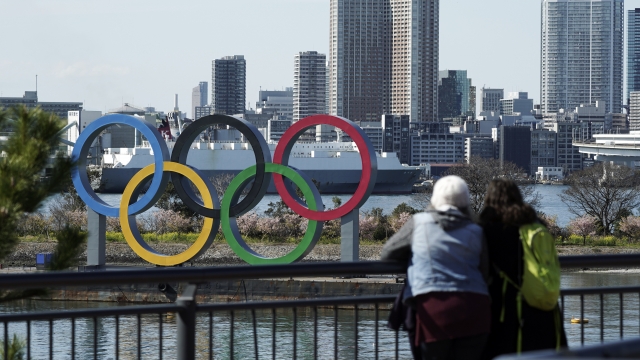 SMS
Board Member Says Olympics Could Be Delayed 2 Years Over Coronavirus
By Katherine Biek
By Katherine Biek
March 11, 2020
A member of the Tokyo Olympic Committee's executive board talked to The Wall Street Journal about options for delaying the games because of the virus.
SHOW TRANSCRIPT

The 2020 Olympic Games could be postponed for one to two years if they can't be held this summer in Tokyo because of the coronavirus outbreak.

That's according to a member of the Tokyo Olympic Committee's executive board. When talking to The Wall Street Journal about other possible scenarios, he said canceling the games would be financially devastating. He also said postponing them by less than a year means they'd air at the same time as major professional sports.

But not everyone is on board with postponing the games. Both the Tokyo organizing committee and the International Olympic Committee have said they don't plan to delay the games, which are scheduled to run from July 24 to Aug. 9.

The coronavirus has killed at least 19 people in Japan and infected more than 1,200 others, including hundreds from the Diamond Princess cruise ship.

Olympic organizers already decided to scale down this year's torch lighting ceremony because of the virus. The event, which is being held in ancient Olympia on Thursday, will be closed to spectators to comply with local government restrictions.