Another Headache For Olympic Organizers: Volunteers Are Quitting 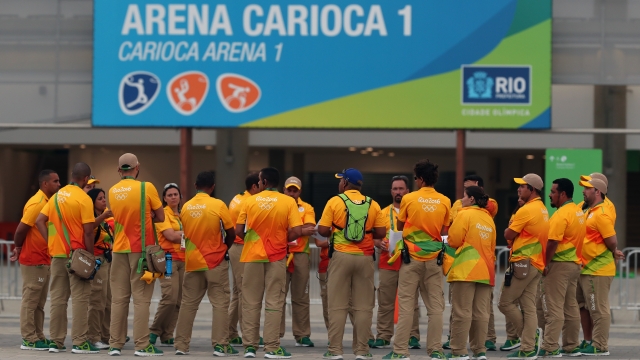 Athletes being robbed, pools turning green — the 2016 Olympic Games certainly haven't been a walk in the park.

But now, Olympic officials are dealing with another issue: a shortage of volunteers.

SEE MORE: Forget The Gold; Olympic Divers Want To Know Why Their Pool Is Green

Before the games kicked off, officials selected 50,000 volunteers to do everything from directing fans to venues to driving Olympic officials around.

But a spokesperson for the Rio 2016 organizing committee told the The Wall Street Journal that at some places, only 1 out of every 5 volunteers showed up to help out.

An Olympic official told another outlet the average overall volunteer attendance is close to 70 percent.

Even though organizers have a volunteer waiting list, it doesn't appear that's helping.

So why aren't volunteers showing up? Some say they quit because they were overworked, underappreciated and barely fed.

One volunteer, who travels two hours every morning to get to her post, said she's overworked.

She told CBC, "They ask us to come to work really early and then hold us back when it's time to go home."

Another volunteer who recently quit told the outlet volunteers only got one small snack for their entire shift. He said, "I don't think the organizing committee had enough consideration for people's lives and welfare."

And some volunteers are still reportedly waiting for their assignments. The games end Aug. 21.