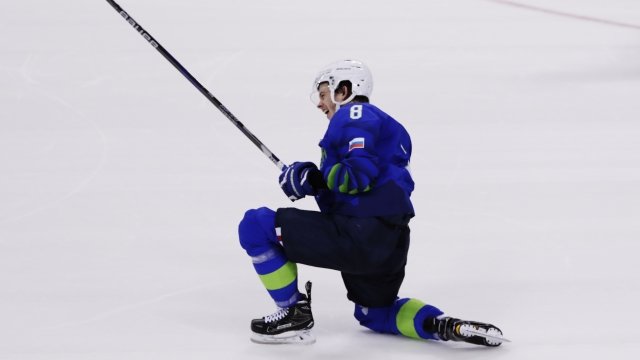 An ice hockey player from Slovenia is suspended from the 2018 Winter Olympics in South Korea after failing an in-competition doping test.

The Court of Arbitration for Sport said Ziga Jeglic will leave the Olympic Village after accepting the anti-doping rule violation.

The athlete tested positive for fenoterol. It's a drug that can be taken for asthma because it helps open up the lungs' airways. As of early Tuesday morning, Jeglic has not released any statement.

He is the third Olympic athlete to test positive for a banned substance at the 2018 Olympic Games. The first was a Japanese short track speedskater, and the second was Russia's curling bronze medalist Aleksandr Krushelnitckii.