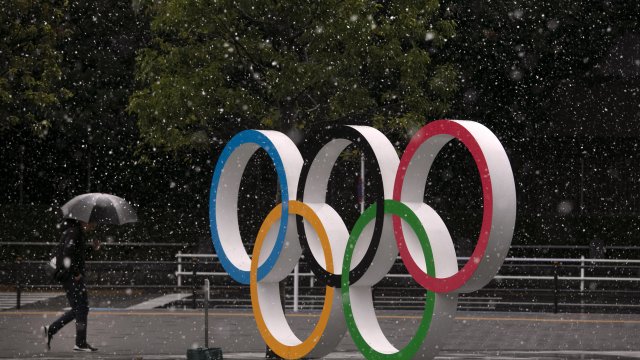 SMS
Olympic Qualifications Called Into Question Amid Outbreak
By Meg Hilling
By Meg Hilling
March 18, 2020
Coronavirus outbreak may prompt changes to how athletes qualify for the Olympics
SHOW TRANSCRIPT

The way athletes qualify for the 2020 Olympic Games is coming under review amid growing concerns of the coronavirus outbreak.

According to the International Olympic Committee, 43 percent of the spots to compete in the games are still open. A majority of those spots are for athletes in sports like swimming, track and gymnastics, which normally are not decided in most countries until Olympic trials in June according to the Associated Press.

In a statement Tuesday, the International Olympic Committee said it, "remains fully committed to the Olympic Games Tokyo 2020, and with more than four months to go before the Games there is no need for any drastic decisions at this stage; and any speculation at this moment would be counter-productive."

According to the committee, potential changes to the qualification process may include basing spots on world rankings and historical performances.

Some athletes, such as Canadian hockey player Hayley Wickenheiser, are calling out the committee, arguing the decision to move forward with the games so far is "insensitive and irresponsible given the state of humanity."

Spain as well is calling for the games to be postponed, citing how the virus is preventing many of its athletes from training.

Contains footage from CNN. Additional reporting by Eddie Pells of the Associated Press.