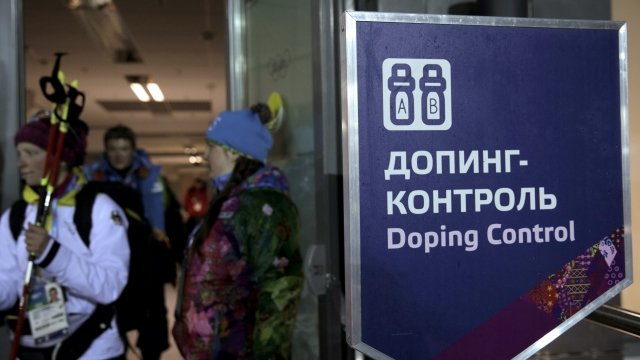 Dozens of Russian athletes' Olympic doping bans have been lifted. But the International Olympic Committee still might not let them compete this year.

Dozens of Russian athletes' Olympic doping bans have been lifted.

But the International Olympic Committee still might not let them compete in the 2018 Winter Games.

On Thursday, the Switzerland-based Court of Arbitration for Sport decided to uphold the appeals of 28 Russian athletes who were given lifetime bans for doping violations during the 2014 Winter Games in Sochi.

The court ruled there was insufficient evidence to prove those athletes had broken anti-doping rules.

But the IOC said in a statement the court's decision "does not mean that athletes from the group of 28 will be invited to the Games. Not being sanctioned does not automatically confer the privilege of an invitation."

The committee said it will analyze the ruling "very carefully" and consider appealing to the Swiss Federal Tribunal, which is the country's highest court. It's unclear if it will allow some of the athletes to compete in Pyeongchang, South Korea, this month.