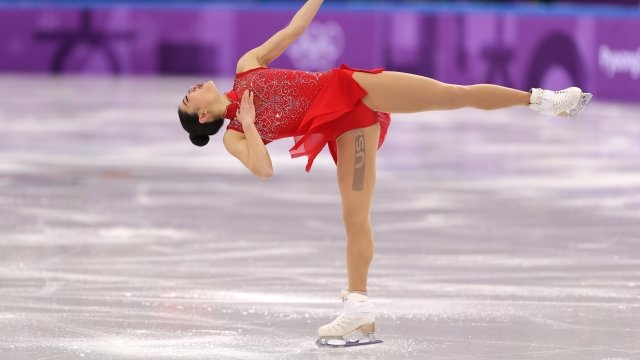 SMS
How Do Olympians Keep Nailing Bigger And Seemingly Impossible Tricks?
By Tyler Adkisson
By Tyler Adkisson
February 12, 2018
Fans want to see athletes hit big tricks as much as athletes want to do them — but for that to happen, it requires a bit of help from engineers.
SHOW TRANSCRIPT

The Winter Olympics are full of high-flying moves considered so challenging, an athlete could earn a gold medal for pulling them off. And as the sports evolve, the gear, training and even the courses are changing to allow even bigger tricks.

Competitors in trick-based games are given awards partially based on the difficulty of their routines. But the "most difficult" trick — which can guarantee a top finish — can change by competition. At Sochi, for example, the gold standard for male snowboarders was to land something with 1,440 degrees of rotation. Now, athletes are expected to hit back-to-back 1,440s to be considered for a top spot.

But they have time to prepare. A year before the 2018 Winter Olympics started, snowboarders went to South Korea to test prototypes of courses they might see during the games. From there, athletes gave engineers requests for how to improve the halfpipe for this year's biggest tricks. 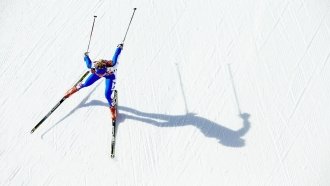 Some teams have looked to science to help them break records — like the U.S. National Figure Skating team, which wants athletes to hit a quadruple axel. Coaches worked with kinesiology experts to create motion-capture technology that shows skaters how they can move to maximize the chance of landing a jump.

So although we haven't seen the quadruple axel in competition yet, it's not too wild to think someone might use what they learned from a computer to show off a trick soon.