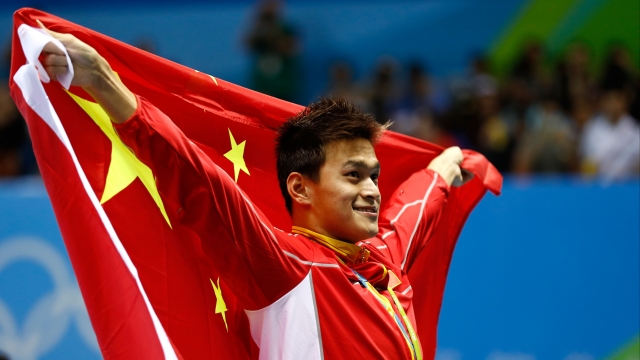 Sun told Chinese state media the eight-year ban is unfair and that he plans to appeal the ruling to Switzerland's supreme court.

One of the world's top swimmers can't compete for eight years after he refused to complete an anti-doping test.

Sun Yang became China's first male swimmer to win a gold medal at the 2012 Olympic Games in London. In total, he has six Olympic medals.

The Court of Arbitration for Sport handed down Sun's punishment Friday, after finding him guilty of breaking anti-doping rules when sample collectors paid a surprise visit to his home in 2018.

Sun told Chinese state media the eight-year ban is "unfair" and that he plans to appeal the ruling to Switzerland's supreme court.

If the CAS ruling is upheld, Sun will not be allowed to compete in the 2020 Tokyo Olympics, which start in late July.