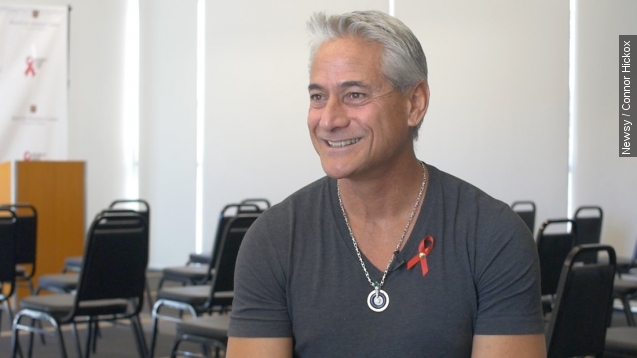 SMS
Olympian Greg Louganis Talks HIV Stigma And How He Hid His Diagnosis
By Matt Moreno
By Matt Moreno
December 1, 2015
Olympic gold medalist Greg Louganis was diagnosed with HIV in 1988 but didn't make the news public until 1995. Would he do things differently today?
SHOW TRANSCRIPT

"Had anyone known about my HIV status, I wouldn't have been allowed into the country," Olympic gold medalist Greg Louganis said.

In 1988, U.S. Olympic diver Greg Louganis hit his head on a diving board during the Summer Games in Seoul, South Korea. Louganis was bleeding from the head and into the pool.

"There was so much fear and not a whole lot of education at that time," Louganis said.

He was holding on to a big secret: Louganis was HIV-positive.

It took seven years for the five-time Olympic medalist to publicly share his diagnosis.

Almost immediately, he lost a majority of his sponsors.

"I'm glad that I did what I did when I did it. It really made that path for other young people hopefully an easier path for them," Louganis said.

Now, with the upcoming 2016 Summer Olympics, Louganis says athletes in his shoes have to make their own choices.

"Everybody is on their own journey, and they have to follow their heart. ... You're not alone. It's important to share those stories," Louganis said.