Olsen Twins Won't Be Moving In With 'Fuller House' Cast 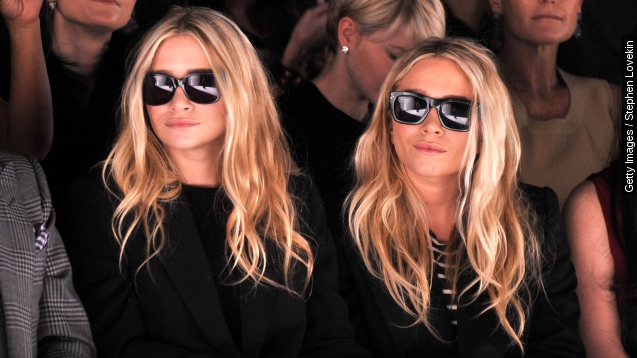 The Tanner family will be one member short when the show "Fuller House" premieres on Netflix in 2016. (Video via Warner Bros. Television / "Full House")

Make that two. The Hollywood Reporter exclusively reported Mary-Kate and Ashley Olsen, who shared the role of Michelle on the hit show "Full House," will not be reprising the role for the revival.

"I know how much 'Full House' has meant to them and they are still very much considered family," the show's executive producer told The Hollywood Reporter.

And grow up is exactly what they did. The Olsen twins were both cast in the role of Michelle when they were just 6 months old, and took turns playing the part for the next eight years. (Video via Warner Bros. Television / "Full House")

After the show ended, Mary-Kate and Ashley starred in a string of movies together like "It Takes Two" and "New York Minute."

Since then, they've put aside acting to focus on fashion, starting their own label called The Row in 2006 and a contemporary line called Elizabeth & James a year later.

Mary-Kate and Ashley have seen tremendous success with both labels, perhaps most notably being named the womenswear designers of the year by the Council of Fashion Designers of America in 2012.

Still, we're going to miss seeing them in "Fuller House."

And it sounds like co-star John Stamos will, too. He tweeted "#heartbroken" when the news was announced.

The majority of the "Full House" cast has already signed on for the Netflix revival. Lori Loughlin and Bob Saget are reportedly still in talks to appear.