Ole Miss Takes Down State Flag Due To Confederate Emblem 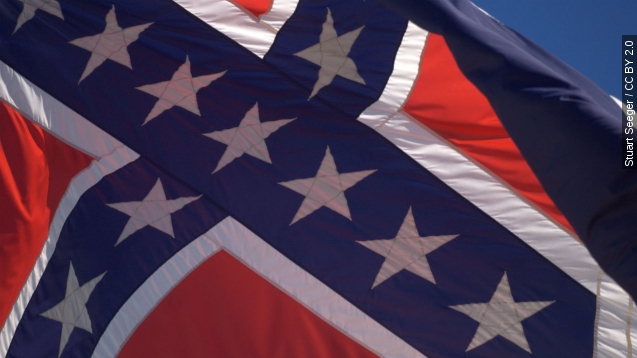 The University of Mississippi took down the state flag on its campus Monday morning because of the Confederate emblem it contains.

The student senate voted to remove the flag earlier this month. Thirty-three senators were in favor of the removal, 15 opposed and one senator abstained. (Video via Ole Miss Rebels)

Interim Chancellor Morris Stocks said in a press release, "The University of Mississippi community came to the realization years ago that the Confederate battle flag did not represent many of our core values, such as civility and respect for others." (Video via Ole Miss News)

But not everyone is happy with the decision. Mississippi Gov. Phil Bryant said in a statement to The Clarion-Ledger, "Mississippians overwhelmingly voted in 2001 to adopt the current Mississippi state flag." And he said the publicly funded institution should respect the law of today. (Video via CNN)

A Change.org petition created by an Ole Miss student senator to keep the Mississippi flag flying at the university has reached almost 2,000 signatures so far.

It says, "Removing symbols, flags, and monuments will do nothing to change the way people feel in their hearts."

The state flag isn't being tossed away, however. Instead, the school is storing it in its university archives.

This video includes an image by Stuart Seeger / CC BY 2.0.